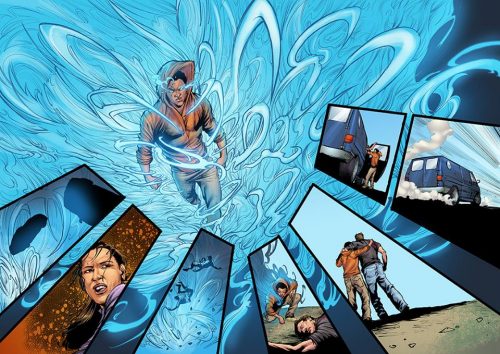 Centuries old prophecies. Shadowy government conspiracies. Super heroic action. Just a typical day for teenager Sean Anderson. This is the story of a Stone Mountain, GA teen and the events that lead him to gain the absolute power to set a fractured world on the right course- assuming he survives. 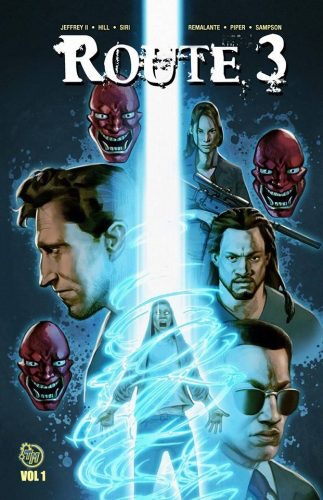 Get the 100 + page 2017 Glyph Comics Award (Best Reprint Publication) nominated collected edition of the series, which also features extra behind the scenes material. 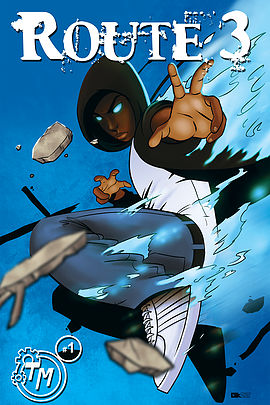 Sean Anderson’s greatest concern right now is surviving 10th grade. He has no idea that a series of events which began on a Virginia plantation in 1690, will lead him to gain the absolute power to set a fractured world on the right course.

That is, if he can survive 1st period. 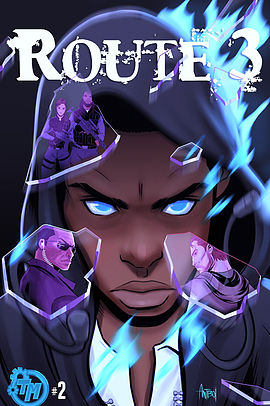 A series of nerve wracking nightmares continue to plague Sean.

His murder has been contracted to one of the city’s roughest gangs by a sinister benefactor.

A shadowy individual is stalking him.

And most of all, he’s got a date with one of the most awesome girls at his high school and he’s feeling sorely unprepared.

By the end of this arc, questions will be answered, nerves tested and a hero will rise… if he survives Route 3! 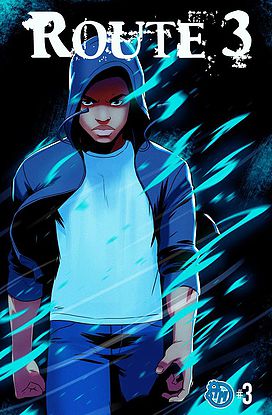 It’s a race against time as Sean and his apparent “savior” escape Georgia, with shadowy government agents, and drug kingpins in close pursuit.

Nathenson, ever the puppet master, continues to throw all of his black ops resources at capturing the super powered teen, from within the hallowed halls of Washington D.C.

Some questions remain though: Who is Sean’s mysterious benefactor? Does he have the answers to the awe inspiring abilities that Sean manifested during his attempted murder? Will 316 and his team be able to accomplish their mission, with the Watkins crew in close pursuit, harsh retribution on their minds?

“It has been a long time since I have been excited, truly excited about a new comic series, but this did it. I can say with no reservations that I LOVE ROUTE 3!”

“If you’ve read any of my reviews, you know that I am the judgmental type and do not dole out praise haphazardly. When I say that Route 3 is good, I mean that it is really good! Writer Robert Jeffrey II, and illustrator Sean Damien Hill has provided what may be my new favorite comic.” – Vanee, BlackGirlNerds.com

“Probably the thing that stands out the most about Route 3 is just how complex of a story Robert Jeffrey II is telling here.”

“Hill, by the way, does a standout performance on this series. He has the dynamic action down pat but he handles all of the character work well”

“Jeffrey has done a great job of using these issues as set-up while still moving the story along so that it feels like you’re getting a complete issue. It’s a rare feat these days to actually pull that off (as so many first issues feel like strictly set-up), but Jeffrey does so here.”– Brian Cronin, Comic Book Resources